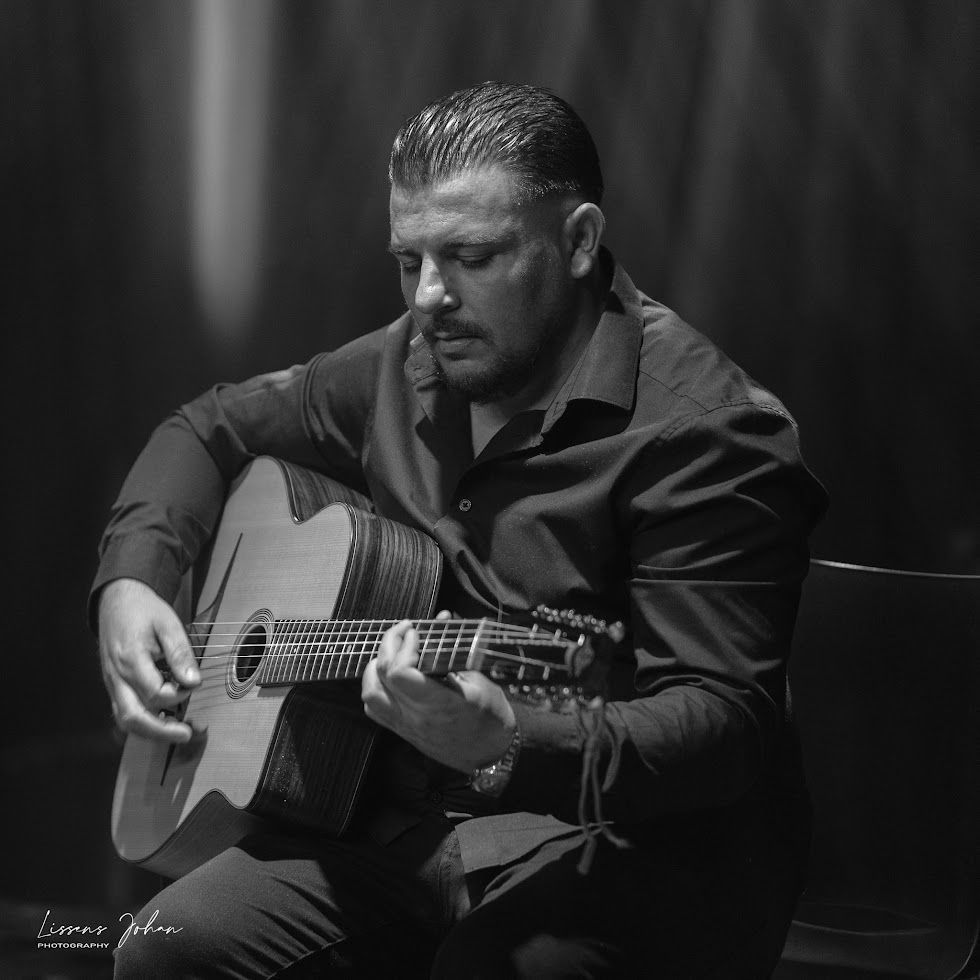 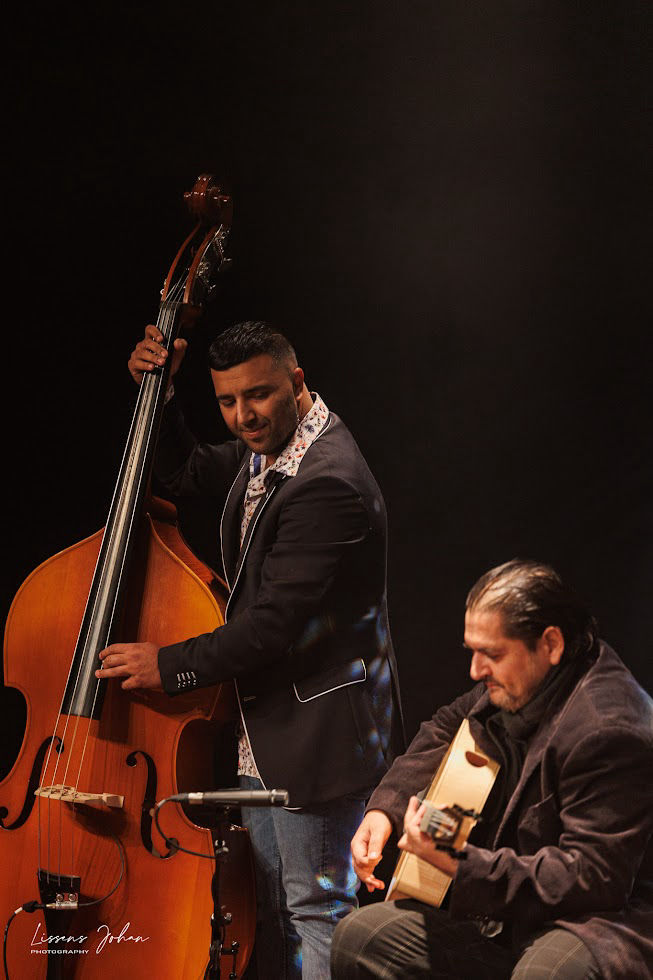 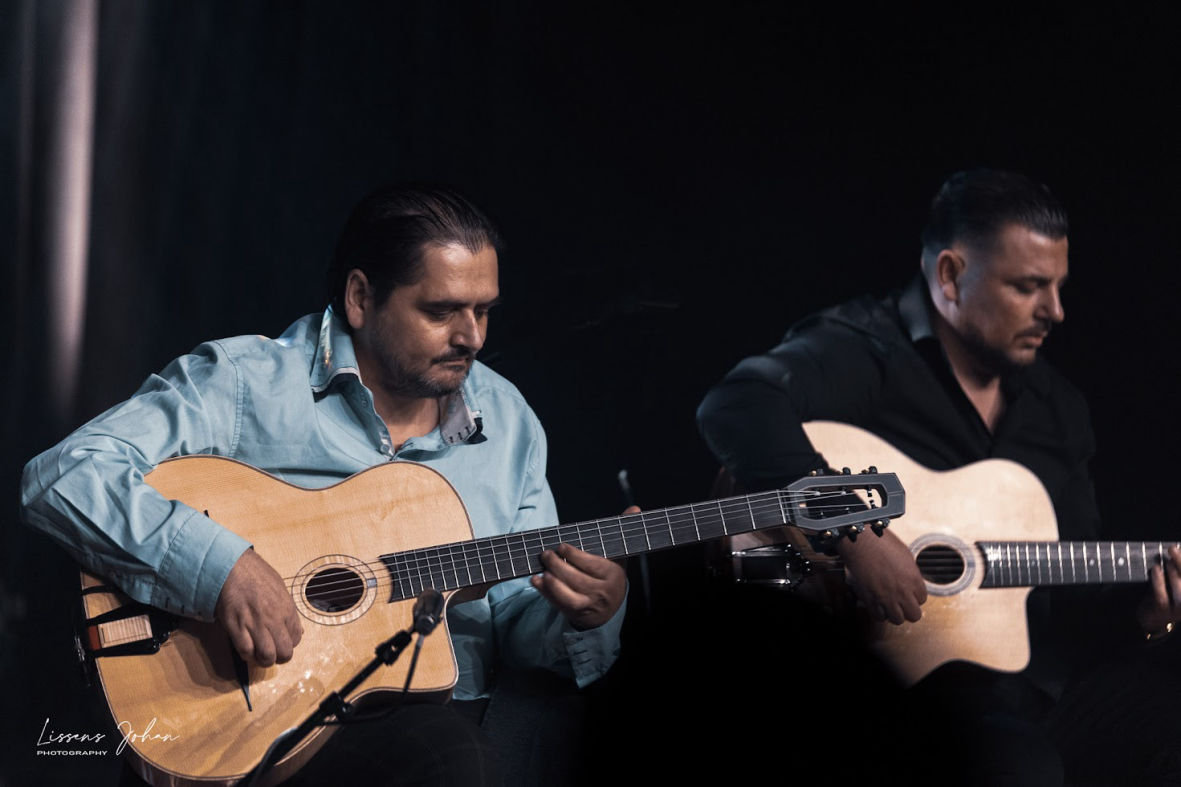 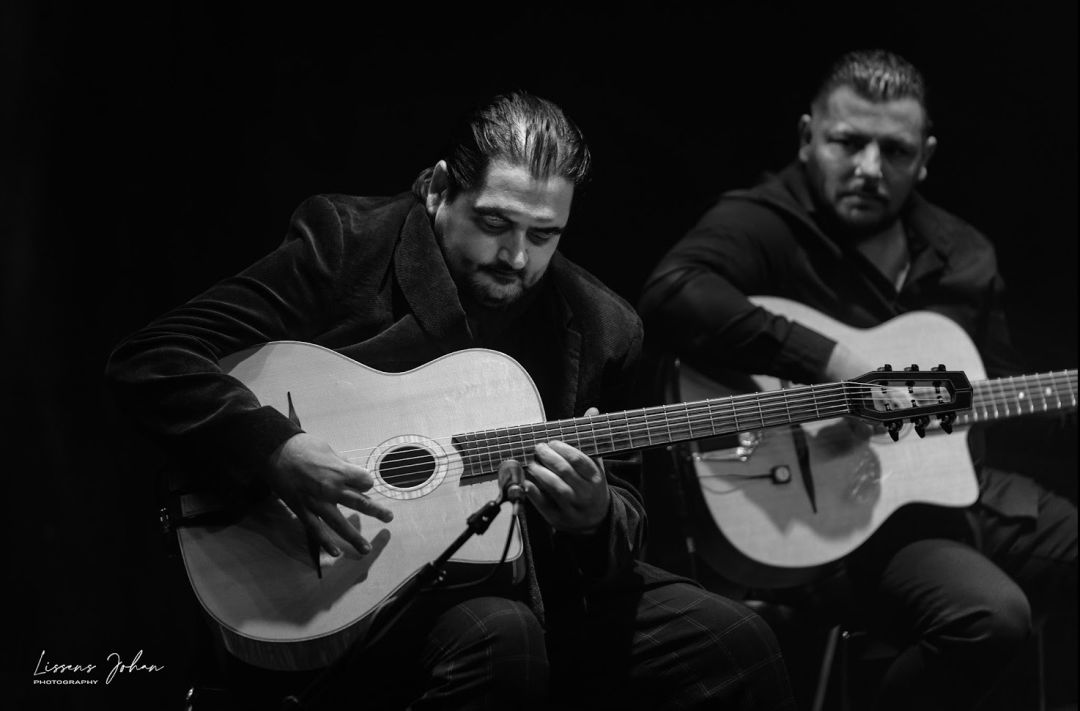 Become a member of the Jimmy Rosenberg Academy
+

Still very young, Jimmy Rosenberg is obviously one of the most formidable weavers of musical dreams

Born Joseph Rosenberg, Jimmy Rosenberg comes from a Sinti (Gypsy) family and was born 10th. April 1980 in Helmond, in the southern region of The Netherlands. He is a son of Engelina (Papi) Weisz and Franco (Macky) Rosenberg, and a cousin of Nonnie, Nous’che and Stochelo Rosenberg, members of the renowned Rosenberg Trio.

Jimmy Rosenberg started playing guitar when he was seven years old. Two years later he led his own trio, the Gypsy Kids, which played in the Gypsy jazz tradition and appeared on the British documentary Django Legacy. The trio released its first album, Safari, when Rosenberg was twelve. A year later Rosenberg released his debut solo album, Swinging with Jimmy Rosenberg In 1995, the Gypsy Kids consisted of Jimmy Rosenberg, Johnny Rosenberg, and Rinus Steinbach. They performed at the Django Reinhardt Festival in France and toured the U.S. To avoid a lawsuit by the Gipsy Kings, the Gypsy Kids changed their name to Sinti. Rosenberg pursued a solo career in 1997.

In 2000 he made his debut at Carnegie Hall as part of the Django Reinhardt Festival at Birdland in New York City. He has worked with Norwegians such as Hot Club de Norvège, Ola Kvernberg, and Stian Carstensen. Internationally, he has worked with Romane, Jon Larsen, Andreas Öberg, Bireli Lagrene, Angelo Debarre, Les Paul, Frank Vignola, and Willie Nelson. His life is documented in the Dutch film The Father, the Son, and the Talent (2007). The film is an account of Rosenberg's relationship with his father and his struggles with drugs. It documents the high regard given to him by James Brown, Stevie Wonder.

The documentary film Jon & Jimmy, about his long but turbulent relationship with jazz guitarist Jon Larsen, was released in 2010 and won the Dutch Edison Award. Rosenberg returned to performing in 2007, but he dropped out again the following year. Jon Larsen said, "Jimmy Rosenberg is one of the greatest talents in the jazz guitar world, ever, and one of the greatest tragedies. ... Final collapses in 2004. What follows is an episode of loss: the death of his son, suicide attempt, overdoses, brain hemorrhage and a talent that finally ends in deep darkness.

In 2020, an existential miracle happens. In deep reflection, he wrestles with the question of whether he still wants to continue, and music still has meaning. He asks in desperation for a sign. The car horn sounds, and who is standing at the door: Johan Peeters. For Jimmy, that's the deciding factor. He wants to return - together with the help of Johan, who becomes a personal manager. Unfortunately, another difficult time is approaching due to the external factor of the global pandemic. Concerts are postponed or cancelled, and border traffic restricted.

A new start, calls for a new organization. David, Johan and Jimmy made an agreement of exclusive cooperation. The idea arose to establish an online Jimmy Rosenberg Academy and a prestigious international gypsy swing concours. The founding year is 2022. The Jimmy Rosenberg Academy is an umbrella organization with several departments and related activities: a Jimmy Rosenberg Foundation with non-profit sponsorship opportunities, an online school with an academic teaching curriculum and international masterclasses, a webshop with educational videos, cd's, dvd's and other exclusive sale. Professionalization is carried out in all branches by establishing its own recording studio, production house and label under the internationally protected brand name 'Jolie Môme'.
In the meantime, there have been brilliant performances during the Django Reindhardt Festivals in Milan (Italy) and Fountainebleau (France). Online concerts with famous guest artists and other stage performances are in the pipeline. The year 2022 will go down in history as the founding year of the academy and a second musical life of Jimmy Rosenberg, in good company with his teams and organizations.

We would like to thank all the fans and look forward to years of musical joy, faith, healing and connection.

of the Jimmy Rosenberg Academy